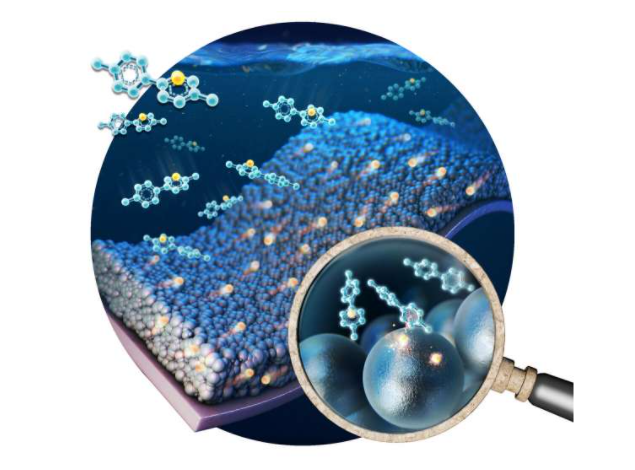 A team of Korean researchers has developed a processing technology for maximizing energy densities of high-capacity batteries. The joint research team, which consists of Dr. Minah Lee and Dr. Jihyun Hong of the Clean Energy Institute, Korea Institute of Science and Technology (KIST), have announced the development of a technology that provides a simple solution to a persistent issue associated with silicon-based anode (-) materials.

Recently, silicon anode materials capable of storing four times more lithium ions than graphite anode materials in lithium-ion batteries have gained growing attention due to their potential to improve the mileage of electric vehicles. But when charged in the initial cycle, a battery with a silicon-based anode loses more than 20% of the lithium ions it uses for electricity storage, which results in an issue of reduced battery capacity. To resolve this issue, researchers have studied a method of lithium pre-loading, or pre-lithiation, which is adding extra lithium before battery assembly to compensate the lithium loss during battery cycling. Methods applied so far, such as using lithium powder, have drawbacks including safety hazards and high cost.

Dr. Lee and Dr. Hong of KIST have developed a technology that enables the pre-loading of lithium ions using a lithium-containing solution rather than lithium powder, preventing lithium loss in a silicon-based anode. Submerging an electrode in the tailored solution for just five minutes is enough to achieve successful lithium pre-loading, by which electrons and lithium ions are inserted in the silicon-based anode through a spontaneous chemical reaction. Unlike the conventional method of adding lithium powder to an electrode leading to heterogeneous lithium distribution, the tailored prelithiation solution rapidly seeps into an electrode, ensuring homogeneous delivery of lithium into silicon oxide.

The prelithiated silicon-based anode developed by the research team loses less than 1% of active lithium in the first charge, yielding a high initial battery efficiency of 99% or higher. A battery manufactured with the prelithated anode exhibited an energy density 25% higher than that of a comparable battery using a graphite anode available on the market (406 Wh/kg—504 Wh/kg).

Dr. Lee, who headed the research, said, "By incorporating a computational materials science technique into the design of an optimal molecular structure, we were able to improve the efficiency of a high-capacity, silicon-based anode by leaps and bounds with the simple method of just controlling the solution temperature and reaction time. As this technology is readily applicable to the roll-to-roll process used in existing battery manufacturing facilities, our method has potential to achieve a breakthrough in the implementation of silicon-based anodes for practical batteries."

Co-lead researcher Dr. Hong said, "This collaborative work could be realized because KIST encourages joint research between members from different research teams. This prelithation technology can increase the mileage of electric vehicles by a minimum of 100 km on average."